President-Elect Obama and the Future of Green Building 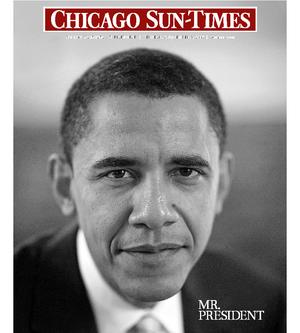 The phrase “Chicago Politics” has been thrown around as an insult over the presidential campaign season.  Now that Chicago has become for the next two months the unofficial second US Capital, Chicago politics have dramatically increased in influence. Agree or disagree with the negative connotations of the phrase, the reality is that if certain aspects of Chicago politics do make their way into the Obama administration, we might be looking at a bright future for green building.

Of course President Obama will inherit enormous problems, both at home and abroad, and no one expects him to place green building anywhere near the top of his priorities.  But a look at the green culture of Chicago and the philosophies of those on the short list to cabinet posts will reveal a potential national shift toward environmental building practices.

Chicago mayor Richard M. Daley has endeavored to make real his vision of Chicago as the greenest US city.  His Green Building Agenda, which was unveiled in 2005, offered new green building standards, incentives, and education for builders and architects.  Daley is pushing for more green rooftops in Chicago, using the city’s own City Hall as an example.  Earlier this year, Popsci.com published their list of the 50 greenest US cities.  Chicago came in at number 9, but earned top marks for green building, awarding four city projects with a LEED Platinum rating.  Additionally, Daley has pushed for more bicycle accessibility and greater energy production with less carbon emission.

How will Chicago’s focus on Green carry over into an Obama administration?  Obama has already vowed to create five million new jobs in clean technologies and, when asked about what programs might be put on the back-burner, refused to back down on his promise of energy independence in ten years.  Daley’s brother, Bill Daley, was the US Secretary of Commerce under Clinton and ran Al Gore’s campaign.  He joined Obama’s campaign as a senior advisor and was recently named to the advisory board of the Obama-Biden Transition Project.  While Bill Daley’s background has been mainly in finance, his associations with his brother and Al Gore certainly up his green cred.

Some names tossed around for possible cabinet positions also could tilt the country toward sustainable, more energy efficient practices.  Robert F. Kennedy, Jr. has been mentioned as a possible head of the EPA or Secretary of the Interior.  Kennedy is a fierce environmental advocate and could ignite a national green building movement.  Robert Sussman, a member of the Environmental Law Institute, is another possible head of the EPA.  Arizona Governor Janet Nepolitano, a possible Attorney General, signed an executive order in 2005 requiring all state buildings to achieve at least LEED Silver status.  Chief of Staff Rahm Emanuel pushed for Chicago’s Calumet Environmental Center, a LEED Platinum building highlighting the environmental importance of the Calumet wetlands.

Of utmost importance to green builders is Obama’s actions to fix the current state of the economy.  With new home construction ground to a halt and the credit markets making home loans tougher to get, no amount of environmental good intentions will do any good without a stronger economy.  Perhaps Obama’s choice for Secretary of the Treasury will have the most impact on the future of green building.


« The Sustainable Classroom: A Ideal Learning Environment For Students

Natural Building 101: How To Make an Earthen or Adobe Floor »