A Financial Stimulus Package that Pays for Your Photovoltaic System? 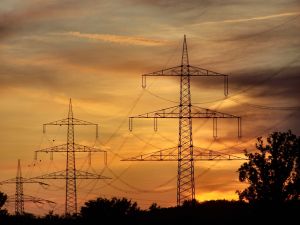 Could the economic downturn hurt the green movement?  Thomas L. Friedman, the Pulitzer Prize winning columnist of the New York Times, breaks down the possibility in today’s Bailout (and Buildup) of a tight economy and lower fuel prices leading to a greater reliance on foreign oil and a postponement of a national switch to cleaner energy.   It is understandable that economic worries have pushed environmental worries to the background for most Americans, but as Friedman points out, a financial stimulus package is an ideal way to kill two birds with one stone – inject money into the United States economy, but invest in green technologies.

Recently, we talked about the impressive return on investment for those who choose to install a photovoltaic system next year due to the Senate rescue package in The Future of Home Solar Power.  Starting next year, the United States Government will pay for 30% of your cost to go solar.  One of Friedman’s suggestions is a national renewable energy standard for utility companies, forcing them to produce 20 percent of their power through clean energy sources, including such non-CO2 producing sources as wind, solar, nuclear, and biomass.  He mentions a proposal by Andy Karsner, the former assistant secretary of energy, to increase tax credits for investing in clean energy.  But perhaps there is a way for homeowners or companies to recoup their investment in home solar and set a national energy standard for utility companies at the same time.  I propose the following addition to the renewable energy standard: increase the percentage of clean energy that utility companies must use but allow the utility companies to buy some of that power from homeowners and companies.

That’s right, let’s allow the utility companies to buy clean power from us.

The vast majority of electrical power comes from coal power plants, easily the most environmentally destructive form of energy.  Though several kinds of clean home power systems exist, since my previous posts have been on solar energy I’ll limit my discussion to photovoltaic systems.  Depending on the size of the home and system, a photovoltaic system can reduce a home’s dependence on dirty energy by half.  The more widespread home solar power becomes, the less reliant the United States will be on coal powered electricity.

If the United States Government imposed a new renewable energy standard on utility companies at a rate of 20 to 25 percent, but allowed those utility companies to buy clean energy credits – much like carbon credits – from homeowners and companies who create their own power, then homeowners and companies would have yet another incentive to install a photovoltaic system (or another type of clean energy system) and government can make good on promises of a cleaner, greener future.  These purchased credits would count against their clean energy quotas.  The more photovoltaic systems in use, the less demand on “dirty” energy.

The utility companies would not be able to meet the 25% clean energy requirement without major investment in large-scale clean energy plants, so the incentive will still be there to begin a shift from coal based electricity to a cleaner alternative.  What my proposal does is decrease the overall demand for energy while rewarding those who invest in clean energy.

Of course this is a simple idea for a complex system.  Energy systems vary by state, with some government controlled and others not.  All systems are regulated to some degree.  But if the goal is to encourage utility companies to invest in clean energies, allow homeowners to benefit from that investment.

Picture courtesy of A. Kratzenberg at stock.xchng