The Future of Home Solar Power: Costs, Tax Breaks, and Return on Investment 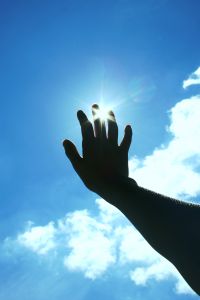 Hidden in the fine print of the massive Wall Street Bailout bill that was signed into law last week was a tax credit extension that had alternative energy companies, especially makers of home solar systems, dancing with joy. Instead of losing the federal tax credit at the end of the year, which seemed likely until Wall Street forced Congress to stay in session longer, consumers who install photovoltaic systems will now receive far greater tax savings than they currently enjoy. To put it bluntly, the federal government is willing to pay 30% of your cost to go solar. For a description of the roller-coaster ride that these tax credits have taken over the last few months, read my post from last week, Senate Bailout Plan Could be Boon for Alternative Energies, Home Solar.

Now that the bill has become law, it’s time to reassess the overall costs and return on investment for a home photovoltaic system. Because of their up-front expense, Photovoltaic systems are often viewed as a luxury for the wealthy. And with the down economy it is possible that even these impressive tax credits won’t cause a spike in the purchase of photovoltaic systems. Convincing someone to invest tens of thousands of dollars in something that may take a decade to pay itself off is a hard sell. Let the hard sell begin:

Jasmin Malik Chua over at LiveScience does a great job outlining the costs of a home photovoltaic system (as well as other home energy systems) in The True Costs of Renewable Energy. Those seeking to power half of their home’s energy needs with solar will spend somewhere in the range of $35,000 to $52,000 on a 7.76 kW system. Until the end of this year, those installing photovoltaic systems will receive a 30% federal tax credit, maxed out at $2000. Wait until next year and that $2000 cap is removed. John Dorschner of the Miami Herald writes about a Ft. Lauderdale woman who put in a $43,000 system, which would have resulted in a tax savings of $12,900 if she had waited until the new year – bad news for her, but good news for anyone looking to go solar in the future. A 30% savings moves home solar from a green thing to do to a smart investment.

Redefining Home Solar as an Investment

First and foremost, home solar is an environmental investment. Those solar rays are free energy, just waiting for us to harness them. Conventional electricity, on the other hand, is primarily created through coal power plants, perhaps the most destructive environmental force on the planet. Each individual who reduces his or her reliance on such forms of power also significantly reduces his or her carbon footprint.

Those who are not swayed by environmental arguments may be swayed by financial arguments to choose solar. Chua notes that a photovoltaic system will increase the value of the home (by roughly half the cost of the new system) and cut utility costs by up to $2000 annually. Depending on the house size, energy usage, and home value, a photovoltaic system can pay for itself between three and fourteen years. After that, the financial returns can be added to the environmental returns.

Project your investment over the life of the photovoltaic system, up to 30 years, and home solar becomes one of the safest and greenest financial investments available.

>> California homeowners, calculate the ROI of a solar system for your home with Renewzle’s solar power calculator.

Unfortunately, for people who don’t have a spare thirty to fifty grand laying around for the initial costs, no argument can convince them to invest in a home solar power system. Now that the government has agreed to shell out cash for alternative energies, and consumer demand is rising, all that is left is for lenders to hop on board and make the cash available. Banks can kill two birds with one stone here: they can fashion their loans to be paid off over time by the money saved by the photovoltaic system, and they can become a powerful force in the fight to reduce carbon emissions. Home loans for home solar can be a huge PR move for banks.

Of course, now is not the best time to be a bank. Ironically, the institutions who first offered special home loans for alternative energies were Freddie Mac and Fannie Mae. But part of the efforts to jump start the economy was a drop in interest rates. Perhaps banks who offer refinancing can bundle home solar power into the new mortgage with little to no increased cost to the homeowner.

Rupert Ayton of the Center for the Development for Social Finance lays out in Lost in Transmission: The Current Status for Loans for Solar PV Installations four suggestions for expanding home loans for home solar:

It won’t be long until a structure is in place that includes both tax credits and home loans that will make home solar a widespread tool for reducing energy costs and carbon emissions.