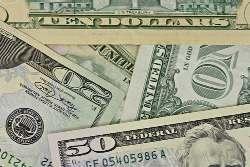 The IRS has had tax deductions in place through the Energy Policy Act of 2005 which allow taxpayers to deduct the cost of energy-efficient equipment installed in commercial buildings they own. But publicly-owned buildings aren’t taxed, and therefore, there is no additional tax savings to the building owner. However, the law allows the designer of the energy-saving portion of a public building to claim the tax credit.

Originally the term ‘designer’ was undefined, and it was unclear who could claim this deduction and how it could be applied, but the AIA has reported that the IRS has recently provided updated interpretation rulings that help clarify the Act and spell out how this rule may be applied.

The recently revised guidance now provides a definition: “A designer may include, for example, an architect, engineer, contractor, environmental consultant, or energy services provider who creates the technical specifications for a new building or an addition to an existing building that incorporates energy-efficient commercial building property.” The guidance also outlines the process that architects and others would have to follow to claim the deduction.

This could help provide additional incentive for architects to design and specify greener and more energy efficient buildings. The revised guidance will appear in the Internal Revenue Bulletin (IRB) 2008-17 dated April 7, 2008.


« Living Green in the 21st Century